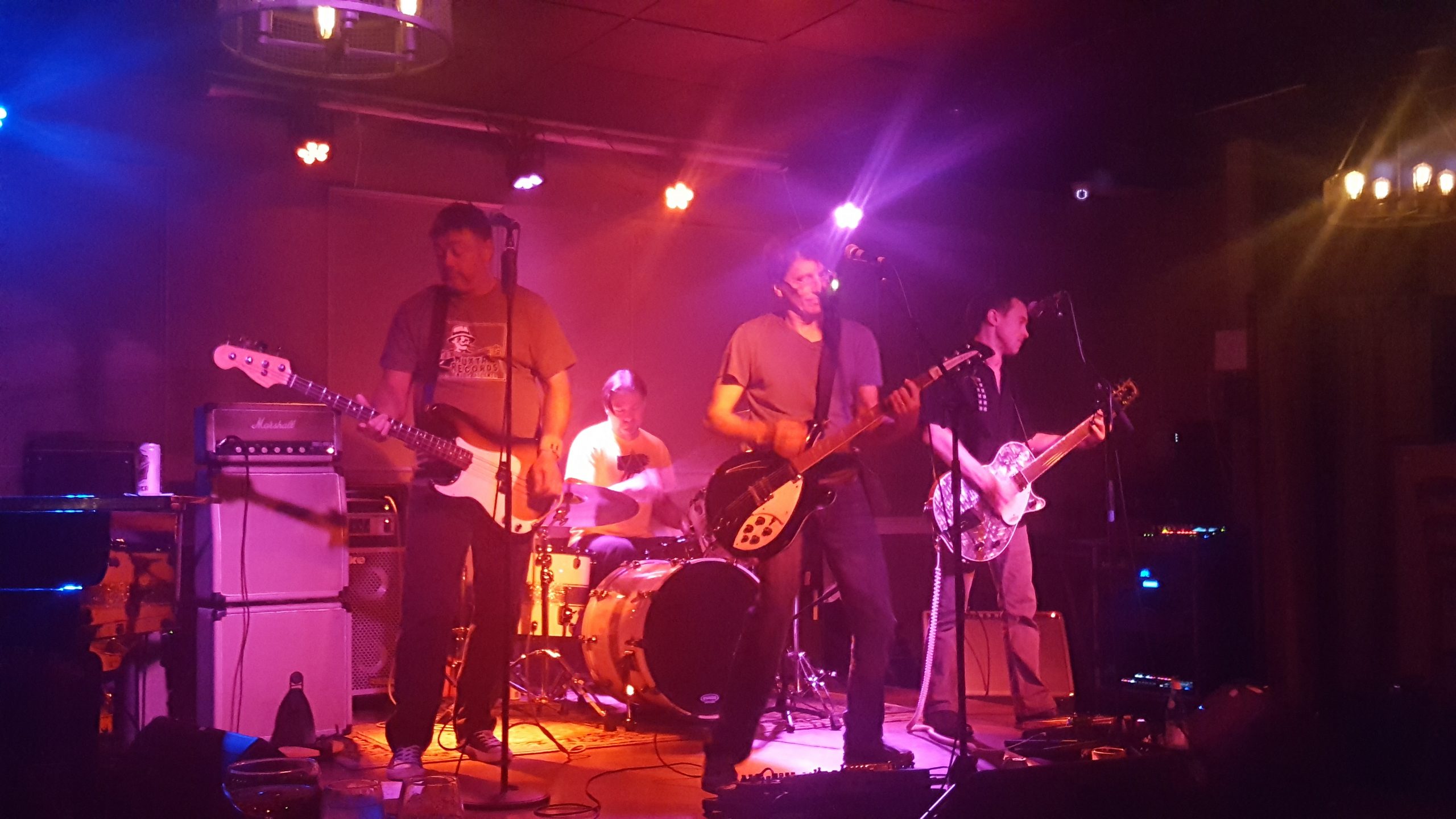 Formed in St. Petersburg, FL in 2009, Pretty Voices combined members of two garage rock bands and a local legendary punk band to create a unique power pop quartet that quickly earned a reputation as a fun live band.  Strong garage pop, post punk and power pop influences and quirky vocal deliveries provide the Pretty Voices a jumping off point for a sound reminiscent of bands that were kicking around New York City in ‘78.  The band plays live music venues in central Florida, and have opened in support of national acts Blondie, DEVO, Soul Asylum and the Meat Puppets.

Pretty Voices released their second full length LP “AMERICAN CURLS” on August 31, 2020.  The album is currently available on the band’s online pages at Reverbnation and Bandcamp, will be available on digital download sites including iTunes, Pandora, Spotify and CD Baby after September 7, 2020, and on CD and vinyl in late 2020.

“Raucous garage psych four-piece PRETTY VOICES who do not, in fact, live up to their name” – Creative Loafing Tampa Bay.