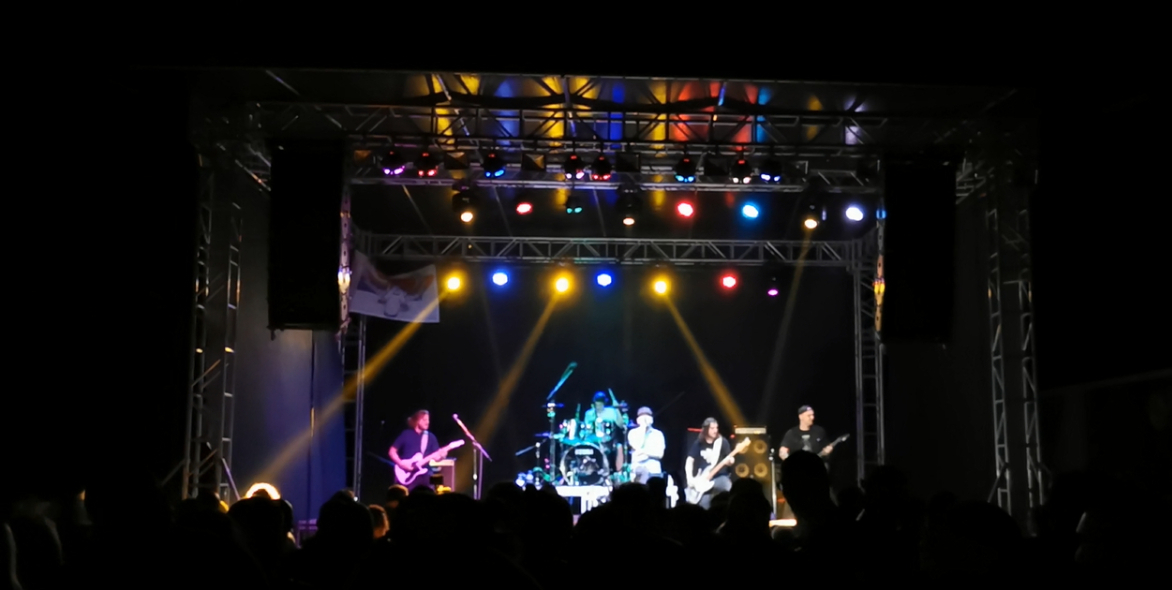 BaYaT are a five piece rock band from Novi Sad, Serbia. They formed as BaYaT in 2018 after playing together for several years as a cover band called “Milos and Good Company“, covering such bands as Linkin Park, Slipknot, Korn, Serj Tankien, Soundgarden amongst others.
Frontman Milos Bajat had been featured on several reality shows such as “X Factor” and “First voice of Serbia”. Although he progressed well on both shows, he was disillusioned by the production and the politics surrounding such shows and was soon back on the local rock scene.
The birth of BaYaT started after a chance meeting between Milos and now band manager and executive producer Englishman David Anthony Kitching, who happen to see him perform and was instantly impressed by his vocals to a point of saying he was the best male vocal performer he had heard in the balkans.
On Christmas Day of 2019 BaYaT released their debut album “So It Begins“, an eight track album of pure rock with hints of Alt Rock and pinches of NU Metal, accompanying solid vocals with strong messages about current affairs and situations. The album itself is the beginning of a longer story that will spill into future album releases.
There were four single releases from their debut album: “Lost”, “Adrenaline”, “So It Begins”, and “A Prayer In Time”. All videos were directed by Milos’s wife Shka Bajat.
In late 2019 BaYaT changed production studios from Novi Sad to Studio Blaze Belgrade and started a new collaboration with Studio producer Milos Mihajlovic, a decision that has proved pivotal as the production has really moved up a level with a great understanding between Band, Manager and Producer.
In 2020 BaYaT took to their “So It Begins” tour performing in rock venues and festivals before the pandemic brought a dramatic halt to all performances.
Currently BaYaT are working on their second album “Purge“ and will have their first single “Madness“ off the album released 26th September 2020.
The journey continues …